Heart Disease is the leading cause of death for adults in the united states, with 614,348 in 2017. Is this what you think of when you think of what a heart attack looks like?

Redd Foxx as Fred Sandford is probably the classic example of what a “heart attack” looks like for many of us over the age of 40. Fred had The Big One just about every episode of this classic TV show.  In one memorable episode, his son Lamont actually runs down the symptoms check list:

While Fred was faking his many heart attacks to get what he wanted, the rundown of the symptoms and the continuous sight of Fred unsteady on his feet and clutching the left side of his chest clued a whole generation of Americans into the classic symptoms of a heart attack.

These, however, are really the classic symptoms of the middle-aged male heart attack.  Research has shown that many Americans – particularly female, elderly and diabetic patients – display much more subtle and insidious symptoms of heart attacks.  For these patients, looking for The Big One could be especially deadly.

Women and the very elderly who have heart attacks are more likely to feel pain in the lower back, lower jaw or upper abdomen, and often manifest in ways that make their victims feel as if they have the flu.  They may experience intense fatigue and shortness of breath, along with dizziness and nausea.  They may feel as though they have an achy back or jaw.  These symptoms may last for hours or even days before more classic symptoms begin to show (if they ever do.)

For diabetics, the situation can be even more complicated because diabetic nerve pain (DNP) can blunt or block the pain coming from the heart muscle.  This leaves the person with symptoms that can easily be passed off as a flu, exhaustion or some other less sinister malady.

SO – spread the word!  Remember, if someone you love is experiencing unexplained fatigue, malaise, dizziness, nausea, or pain in the extremities or torso, get that person to medical attention! 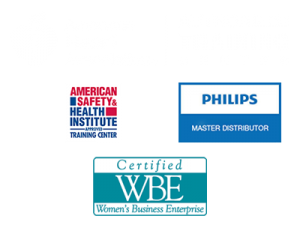